HAY - Just off the Road 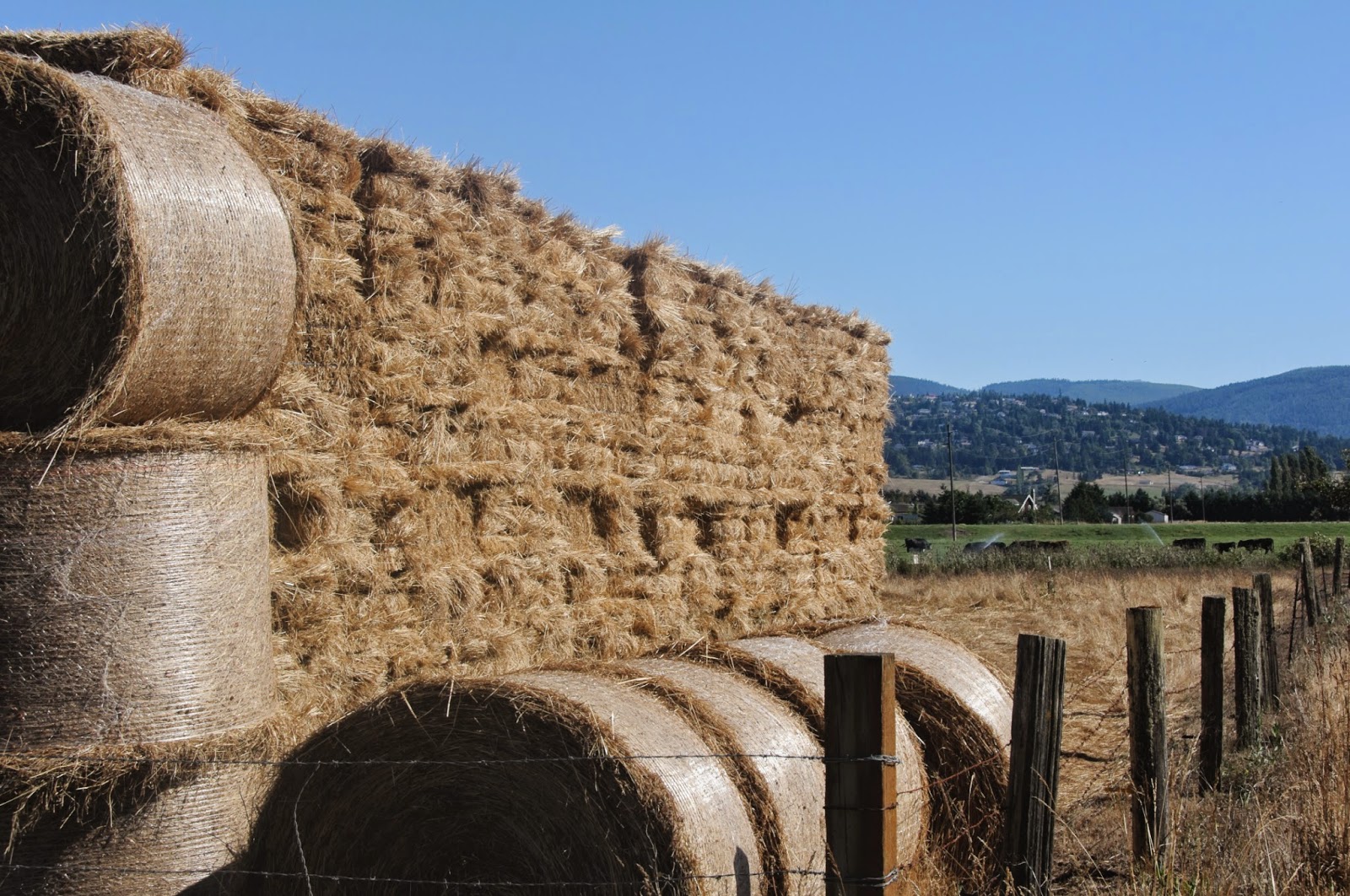 Hay can be beautiful!  I remember thinking (when I was a young girl), that it would be a good idea for someone to make HAY perfume.  The smell of fresh-cut grass was so appealing to me then, just as it is now. 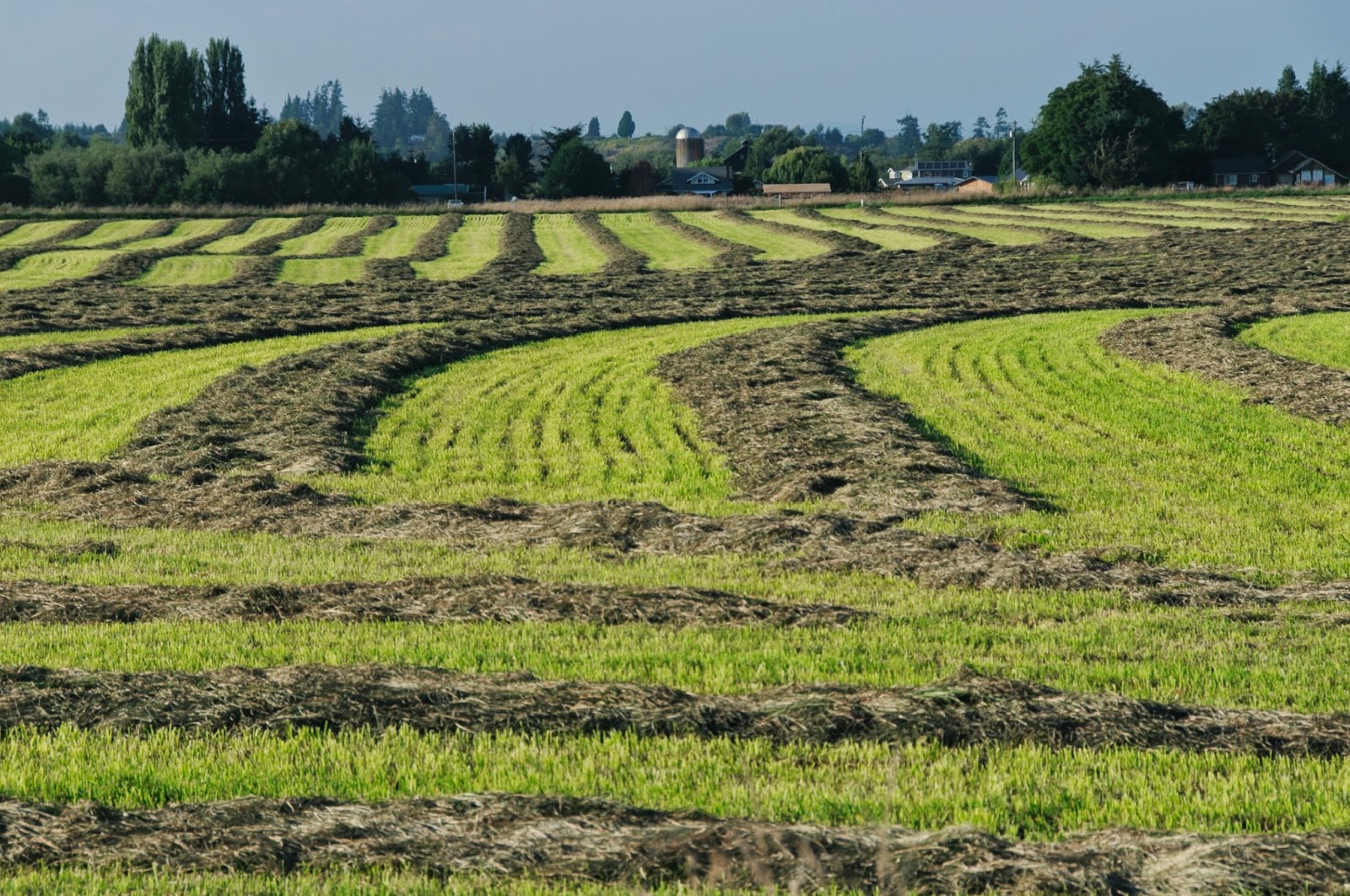 As I drive around Sequim, I notice that there is a beautiful geometry to be found in hay.  The rows contain symmetry, the stacks of hay bales are impressive, the straightness of the lines made by the mower indicate the quality of the farmer.  At least that was an indicator when I was growing up in Pennsylvania. We had some rather strange ways of rating farmers back then… Was their barn painted?  Were their corn rows straight?  Did they get more than four cuttings of hay in a season?  Were their cows clean and pretty?

By my indicators, the farmers around here are doing pretty well.  My dad would be impressed.
Posted by JoJo Wood at 6:51 PM