WHAT IS IT? - Just off the Road 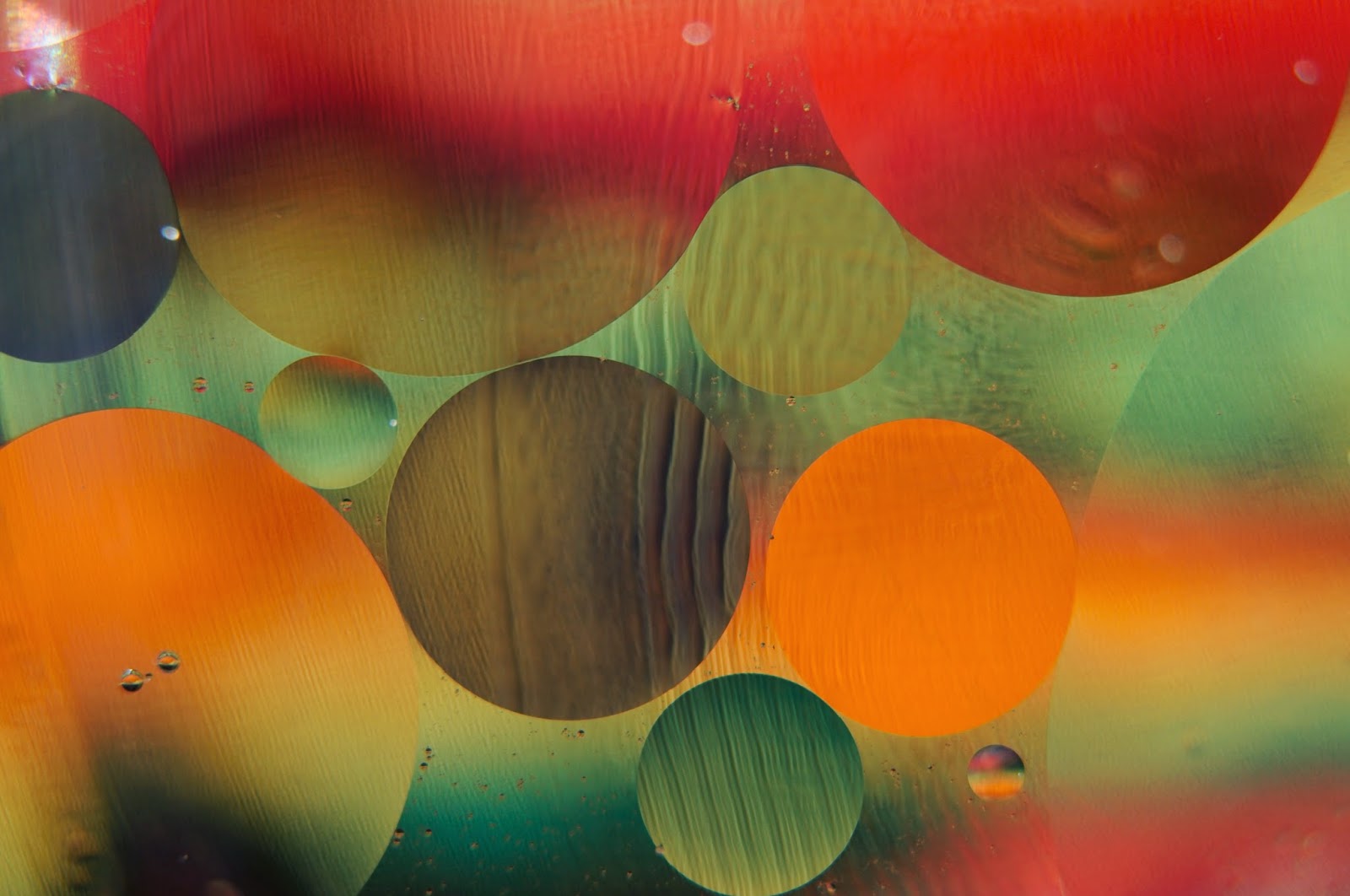 Taking pictures of everyday things can get a bit boring, but not when my husband is around.  The other day, he called me over to his computer and showed me this series of photos and asked me to guess what they were. 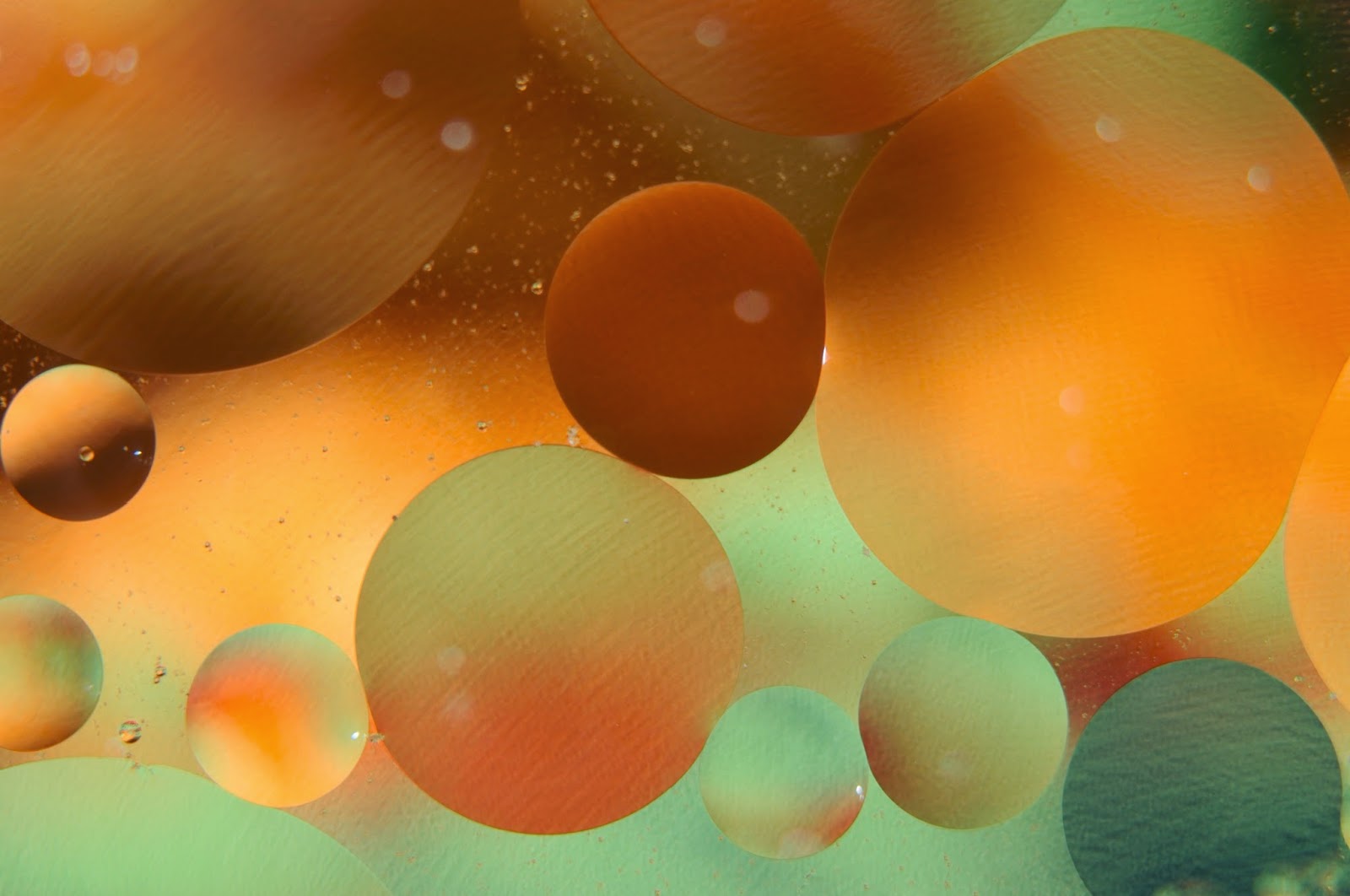 Naturally I could see that they were bubbles, but how in the world did he manage to get the exotic colors, and the textures that seemed to be changing in front of my eyes. 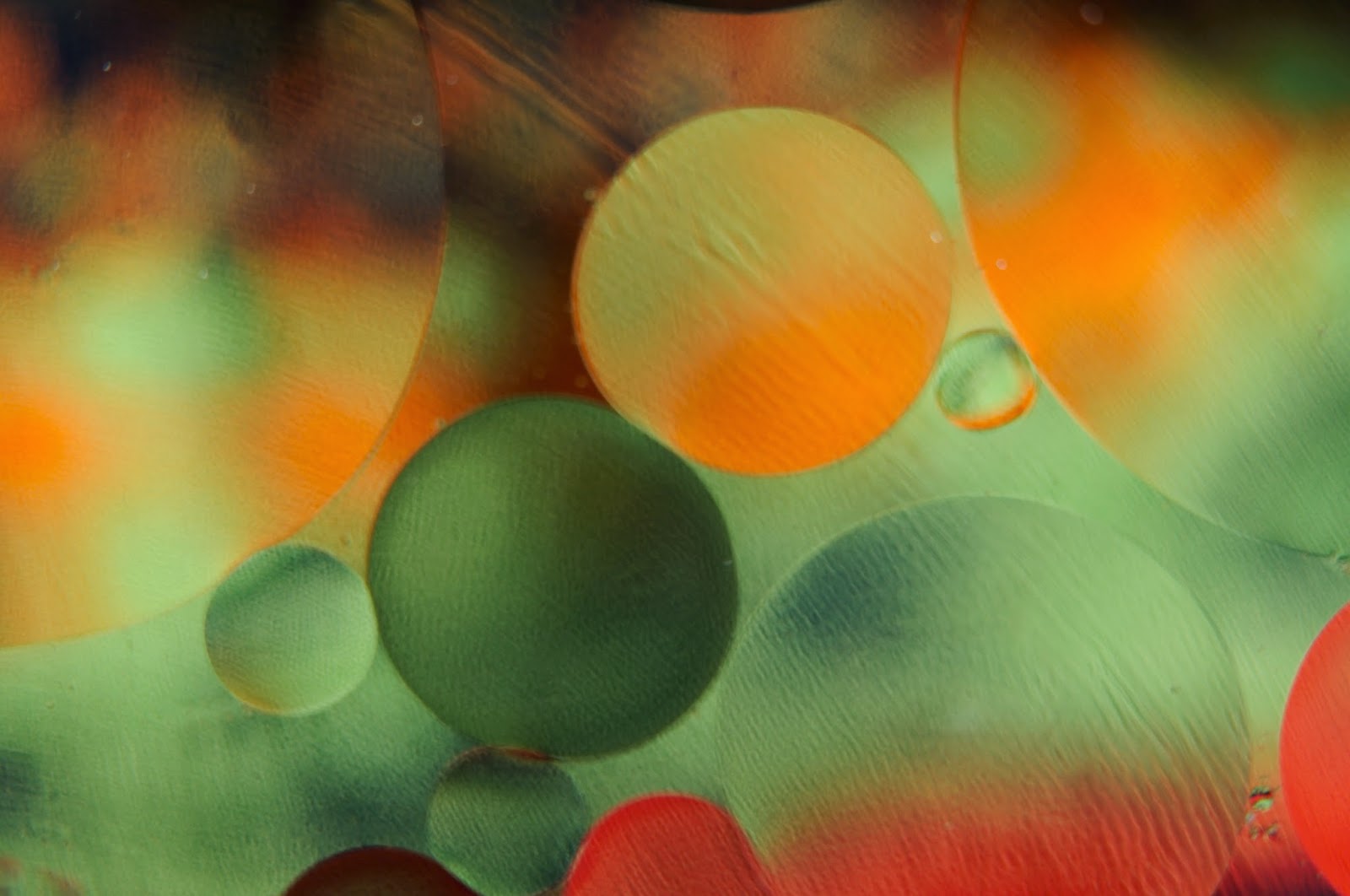 After several attempts, I gave up and he disclosed his secret - he had poured water into a Pyrex bowl, added some canola oil, set it on a cardboard box, and slid one of his favorite, colorful sweaters under the bowl.  To get the movement, he barely stirred the oil and water and voila!  Magic!!  Who knew I had a magician in my very own house?