YARD STUFF - Just off the Road


Sequim has impressed me with the variety of its lawn ornaments.  Being from Alaska, my lawn ornaments were comprised of the occasional moose, grizzly, or black bear meandering through.  Here, although we see a black-tailed deer on occasion, the vast majority of gardeners seem to have developed a creative gene which includes the animals, birds, creatures and other treasures they proudly display in their yard. 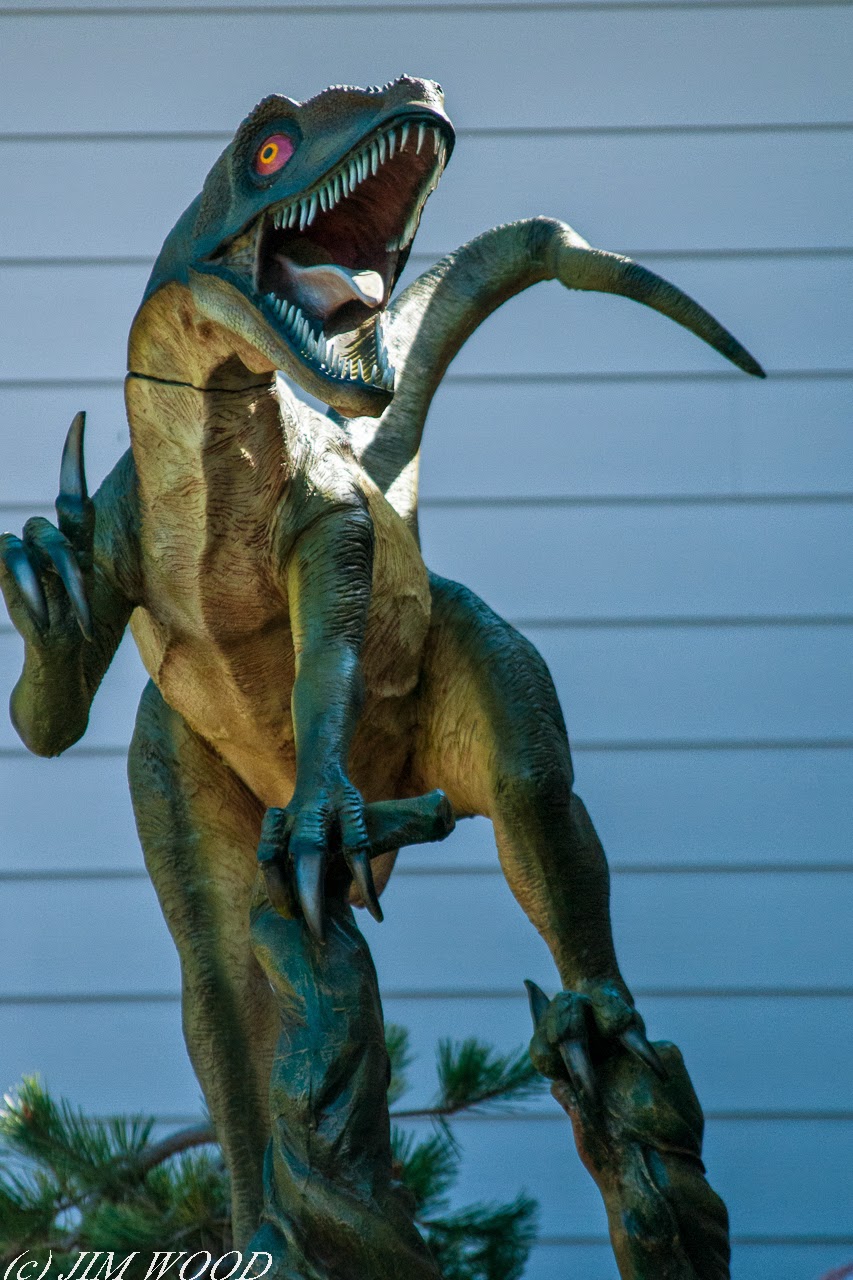 Take my neighbor up the road.  When we first moved into this neighborhood, I kept looking at the statue in his yard – scarcely believing my eyes.  It couldn’t be… but after close scrutiny I realized that it was in fact a Velociraptor.  The fact that the word means “swift thief” did little to ease my concern.  It didn’t help when, at Halloween, the raptor could be seen with a pink flamingo in its mouth.  Oh well. 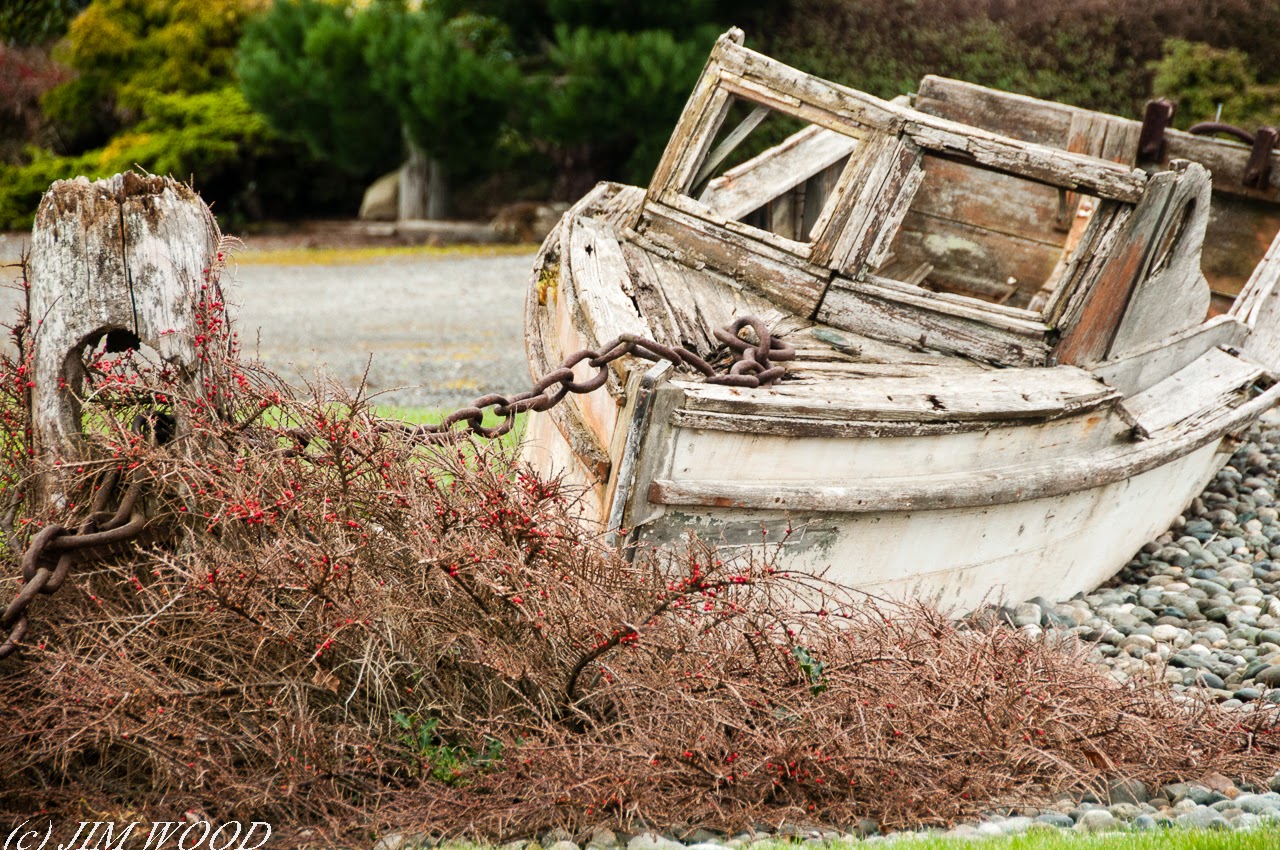 Boats are a part of the Sequim culture, but I was surprised to see so many boats on dry land... in people's yards.  Turns out they make great decorations, and often wonderful flower planters as well. Some people near us love seagulls.  To me, they’re a sign of being near the ocean which is one of the reasons we moved here in the first place.  They’re beautiful as they soar, but not so much as they gather up road kill and other stuff that would pollute this beautiful place.  The yard I have in mind has a lovely statue of a seagull, wings spread wide.  It seems that the gull is a decoy of sorts, as I often see the real thing standing near the not-so-real one, wondering, I think, why his buddy doesn’t want to go flying. 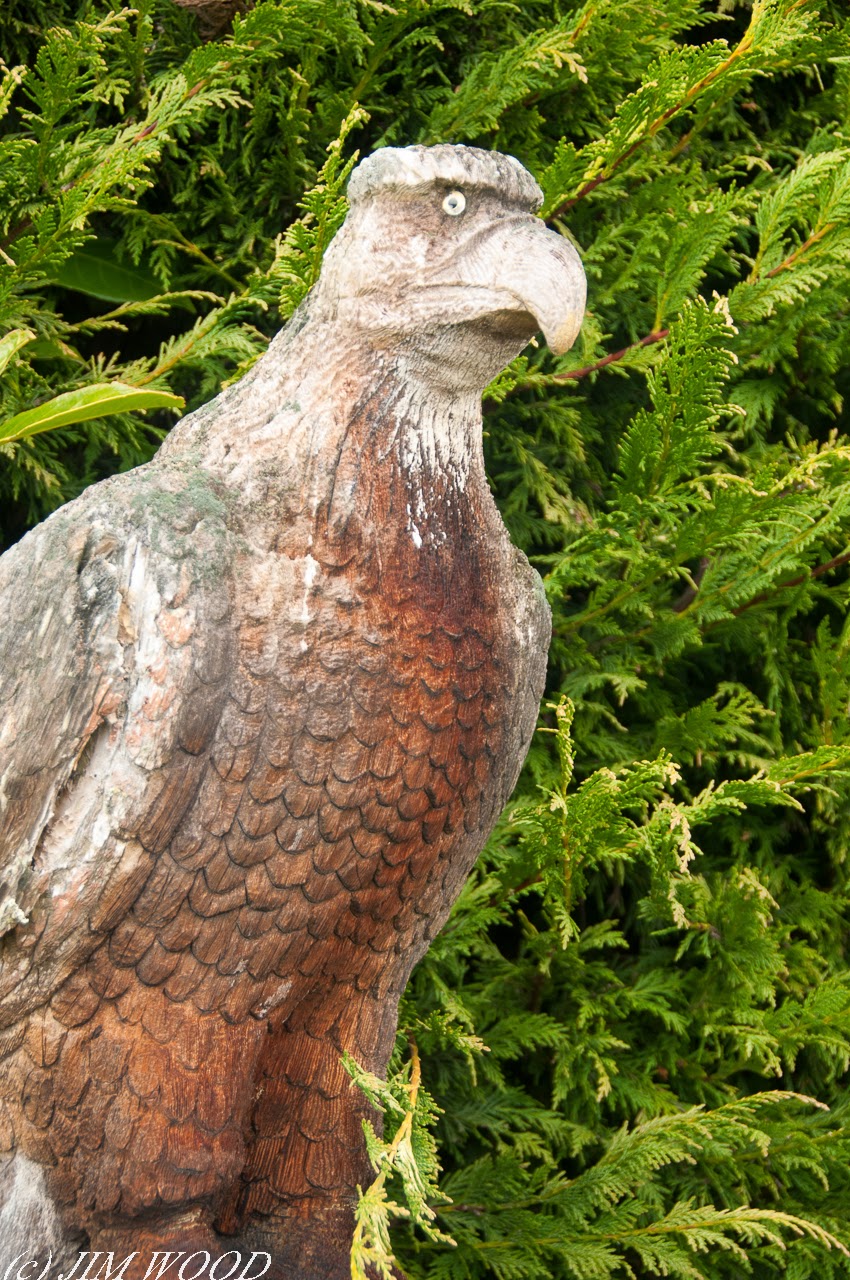 Wood carving must be a hobby for another landscaper.  He’s got eagles, bears, unnamed creatures, and all sorts of carved critters lining his yard.  They are good likenesses and demonstrate that, at its best, decorating can be eclectic and work! 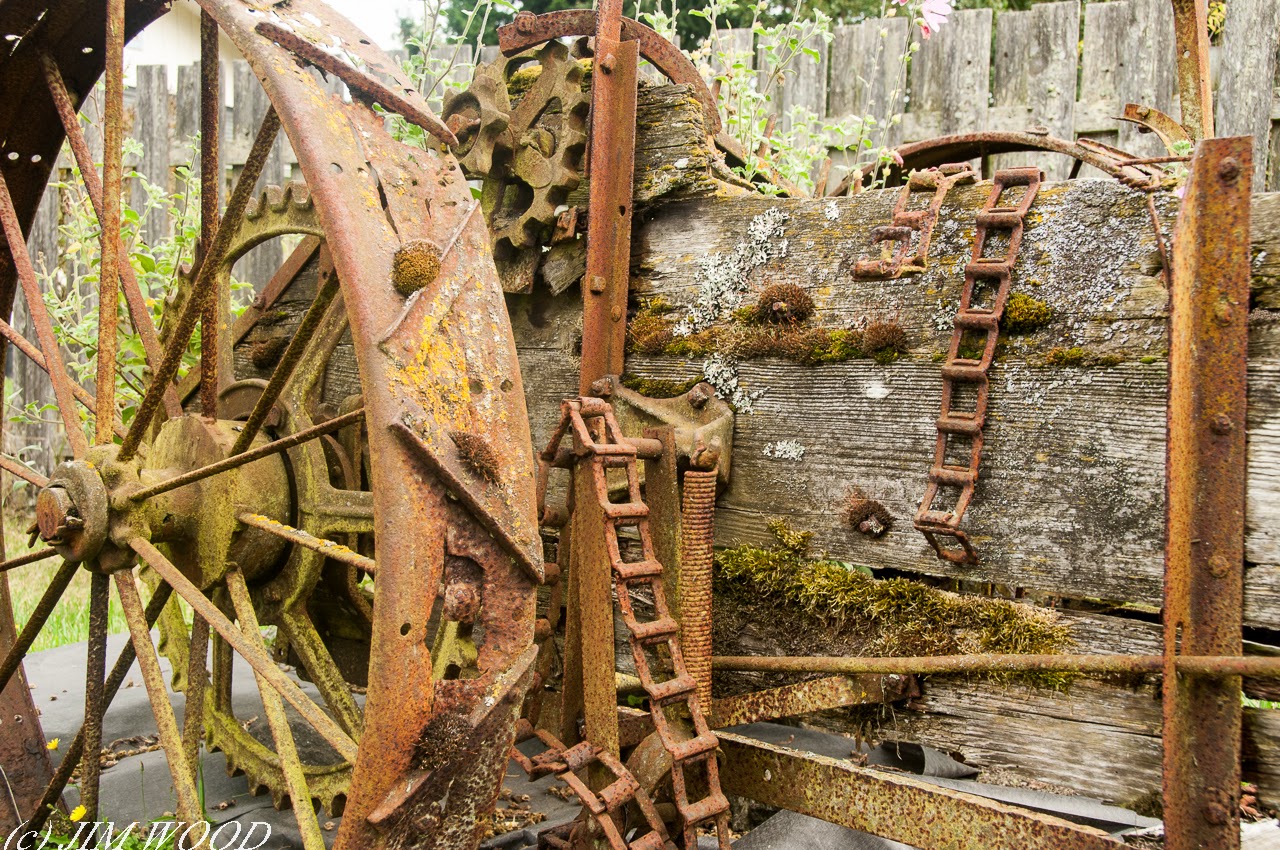 The farmer’s daughter in me has mixed emotions about the vintage manure spreader in my daughter’s yard.  She inherited it from the former owners, and has planted flowers all around it to “pretty it up.”  Oh well! 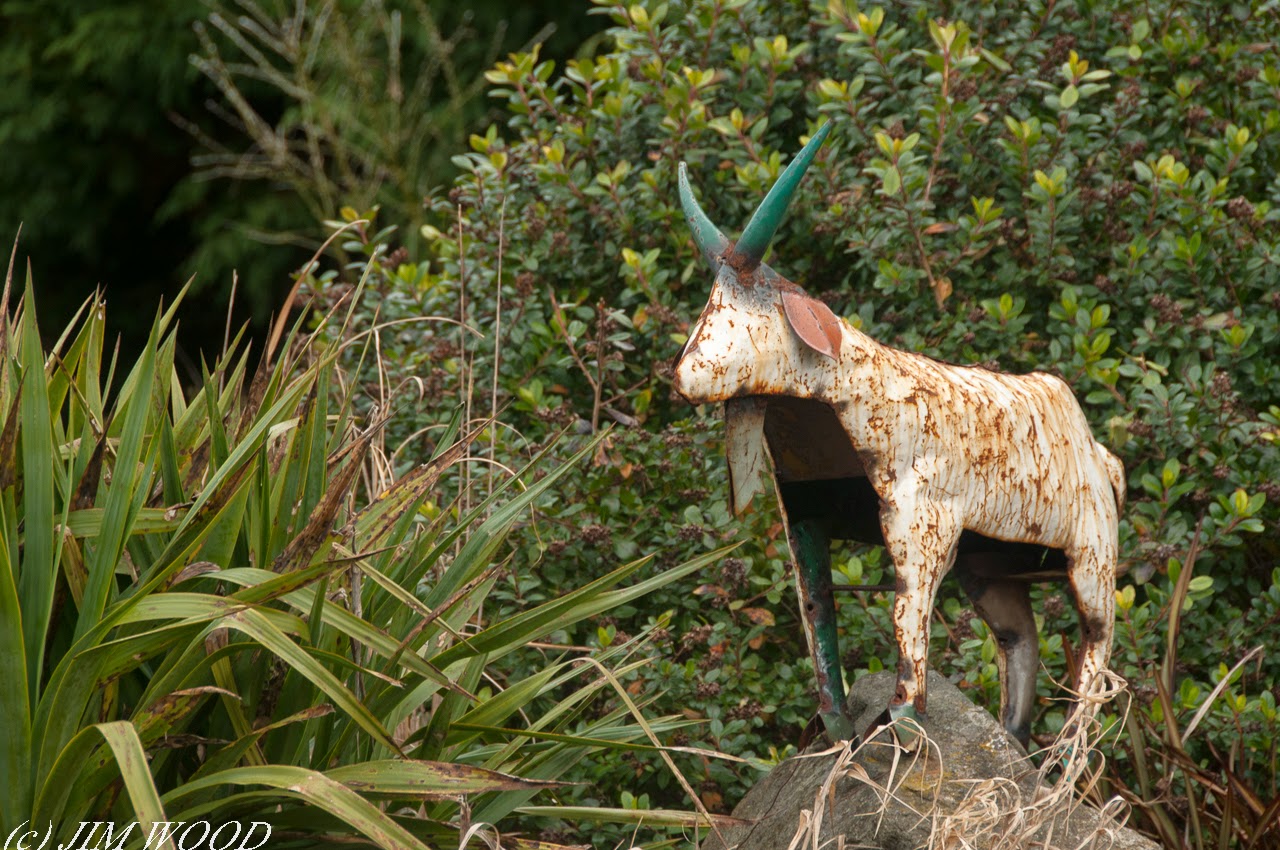 One of my favorites is the metal sculpture goat I found.  It’s nearly life-size, and from the top of its rock, it presides over all it surveys.

I’ve been looking for a creature to adorn my small front yard.  Being a former Alaskan, I’ve thought a moose might work, or perhaps a caribou.  Hard to find those around here.  So far, I’ve come up with a small metal-work flower.  It’s just so hard to decide, but I’m on a mission.  I really don’t want to be the only one without yard stuff in my yard.
Posted by JoJo Wood at 7:46 PM